How did you choose the adhesive for the MIM process

In the MIM process, the function of the binder is to fill the pores between the powders to reduce the friction between the metal powders, so that the shot has fluidity and can be ejected, but after the embryo body is formed, its task has been completed and must be removed. Because in the MIM formula, due to the relatively low proportion of metal powder, the embryo body may collapse, deform or rupture during the removal of the binder, so degreasing must be done in a slow and gradual manner. Because of this, most binders are There are two to five components, each of which has different functions and different degreasing methods. The first component is the main binder or backbone binder, which functions as a binding powder. These main binders Most of them are polymer plastics such as polyethylene (PE) and polypropylene (PP). The other main ingredient is a filler, whose main function is to fill the pores between powders and make the shots have a low viscosity. This ingredient is usually the one with the highest proportion of binders, commonly used paraffin wax (PW) , C20H42～C 40H82). Another commonly used ingredient is a coupling agent such as stearic acid (SA). Its functional group forms a bond with the powder surface function, which can strengthen the bond between the binder and the powder. The binding force improves the strength of the embryo body. In addition, sometimes a small amount of plasticizer (plasticizer) can be added to reduce the viscosity of the shot. These small amounts of additives can sometimes reduce the adhesion between the blank and the mold, making demolding easy. The materials after mixing these different binders have multiple melting points, and the differential scanning calorim-etry curve (DSC curve) of the binder containing polypropylene, paraffin and stearic acid, this curve shows the adhesion after mixing The adhesive system still has the melting point of each single component, but the temperature is slightly lower than that of the single component. This means that there is a small amount of miscibility between the components of the adhesive, but the components still retain their original characteristics. This is the important loss curve (tremogravimetric curve, TGA curve) of the binder when it is thermally decomposed in nitrogen. From this figure, it can be seen that the decomposition of this binder is segmented, and each single component decomposes within its specific temperature range. . On the contrary, if the adhesive is a single component, it is easy to quickly decompose in a narrow temperature range to cause defects such as blistering, cracking, and collapse of the embryo body. Therefore, most manufacturers use multi-component adhesives. 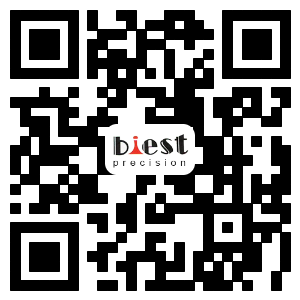